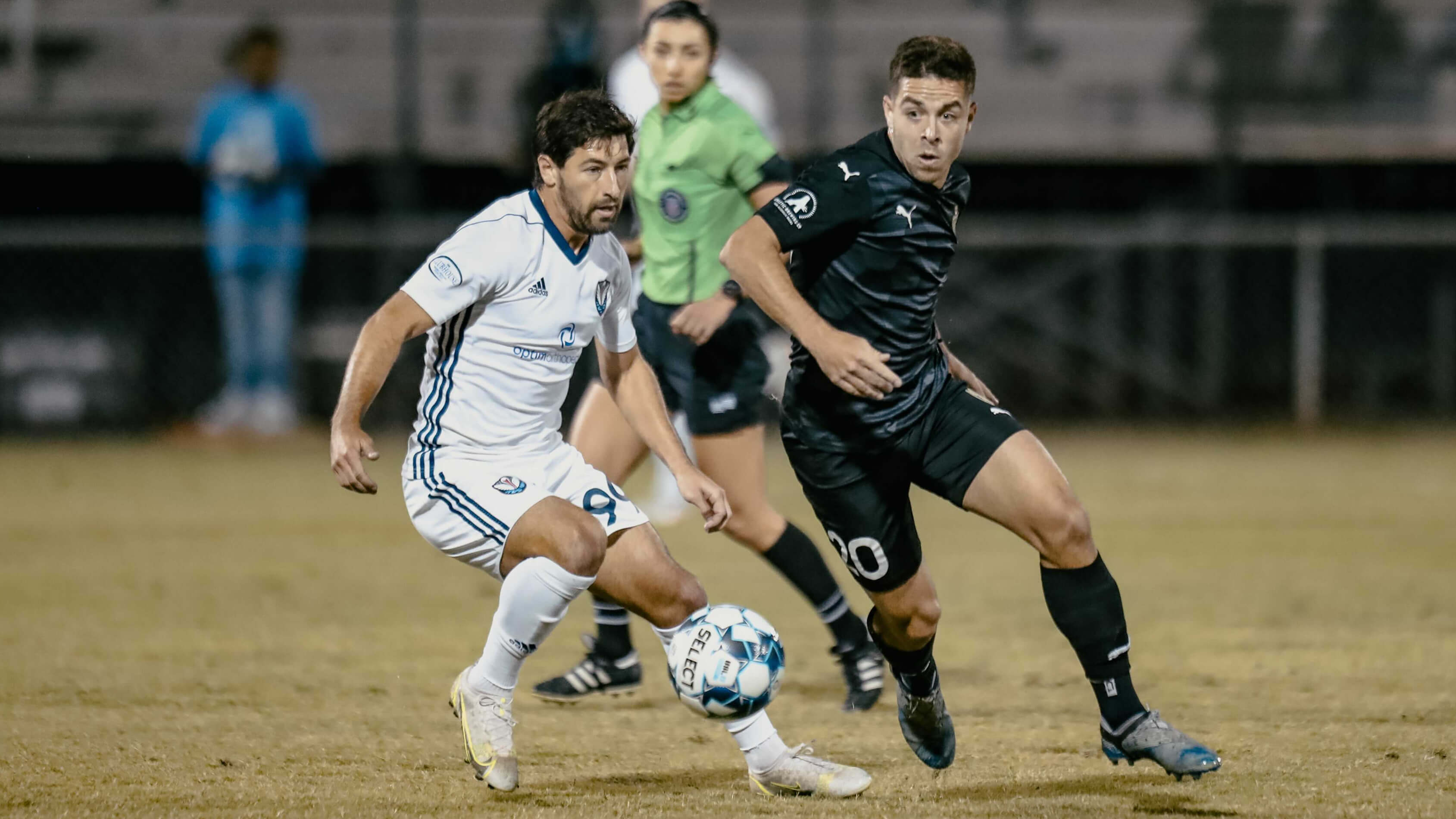 STATESBORO, Ga. - South Georgia Tormenta FC went down 3-1 tonight in a late-night matchup versus FC Tucson at Kino North Stadium in Tucson, Arizona. Despite the squad’s effort to earn all three points, tonight’s loss eliminated the Statesboro side from the 2021 USL League One Playoffs race.

In the 17th minute, FC Tucson’s Kevin Rodriguez scored the night’s first goal. Tormenta FC then responded with an equalizer in the 29th minute. Azaad Liadi made a run toward goal, but his shot was redirected into the path of defender Stefan Mueller, who finished out the play to record his fourth goal of the season.

Tormenta FC created some key chances in the second half, but FC Tucson’s Rodriguez doubled the score line in the 67th minute, his first two goals of the 2021 season. Former Tormenta FC and TFC 2 player Charlie Dennis scored a beautiful free kick in the 83rd minute to solidify Tucson’s win.

Tormenta FC closes out its 2021 regular season with a final road trip to North Carolina FC. As the 2021 season comes to a close, fans can now purchase their 2022 Season Memberships+, which include all USL League One, League Two and W League home matches. Don’t miss a match next season at the new Tormenta Stadium!

Stefan Mueller, Defender: Tonight’s Man of the Match, presented by Galactic Comics and Games, is defender Stefan Mueller, who scored Tormenta FC’s lone goal tonight in a comeback effort on the road. Mueller won three out of his four duels, made one clearance from the box and created one scoring chance.