VOTE: Decide the Tormenta FC Player of the Month for October 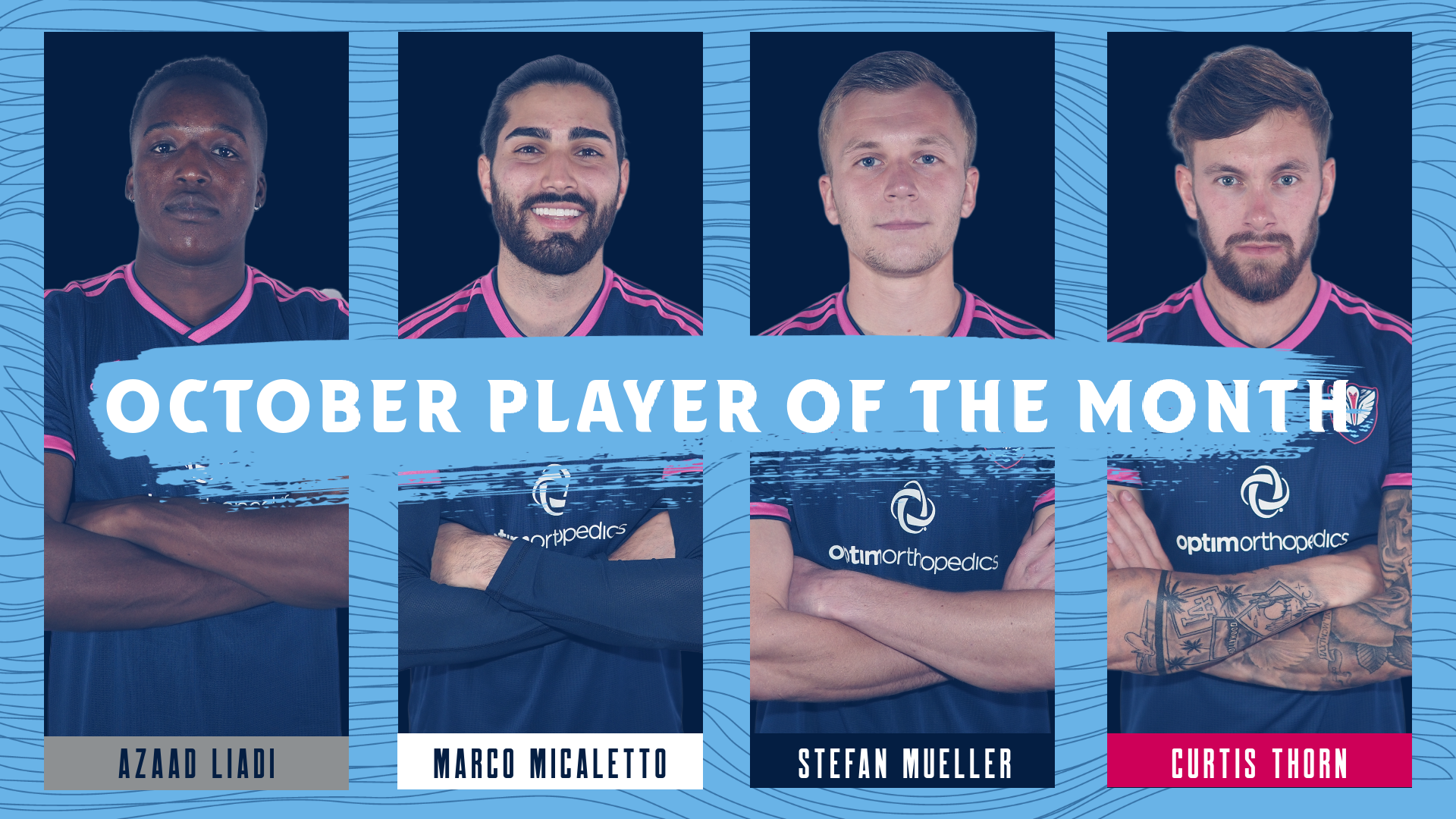 STATESBORO, Ga. - South Georgia Tormenta FC has revealed the four nominees for the Tormenta FC Player of the Month award for October, and the fans will decide the winner.

Azaad Liadi, Marco Micaletto, Stefan Mueller and Curtis Thorn are all nominated for the award after their personal successes throughout Tormenta FC’s last month of 2021 USL League One play.

Voting for the Tormenta FC Player of the Month award will run through Thursday, Nov. 4, at 11:59 p.m. ET, with voting permitted once per day. The winner will be determined via a weighted vote from the following three voting bodies:

Voting results will be announced on Friday, Nov. 5.

PLAYER OF THE MONTH NOMINEES:

Azaad Liadi, Forward: After claiming Tormenta FC Player of the Month for September, Liadi is up for the award again after scoring a hat trick versus Fort Lauderdale in the highest-scoring match in league history. Liadi also recorded nine shots and created six scoring chances this month, as well as making two clearances and one interception.

Marco Micaletto, Midfielder: With six Tormenta FC Player of the Month nominations this season, Micaletto scored one goal and assisted a second on Oct. 10 to help the team earn a point versus Fort Lauderdale. Throughout the month, Micaletto also recorded 10 chances created, seven shots and three crosses. Defensively, he also made seven tackles and one interception.

Stefan Mueller, Defender: Throughout October, Mueller helped his squad both offensively and defensively from the backline, recording one goal, five crosses, four chances created and three shots. Mueller also made six clearances out of the box, one tackle and one interception, while winning over half of his duels.

Curtis Thorn, Defender: In the last month of Tormenta FC’s 2021 season, Thorn recorded an overall passing accuracy of 87.3% while recording nine interceptions, six tackles and five clearances. Offensively, the English defender made one shot from the backline.