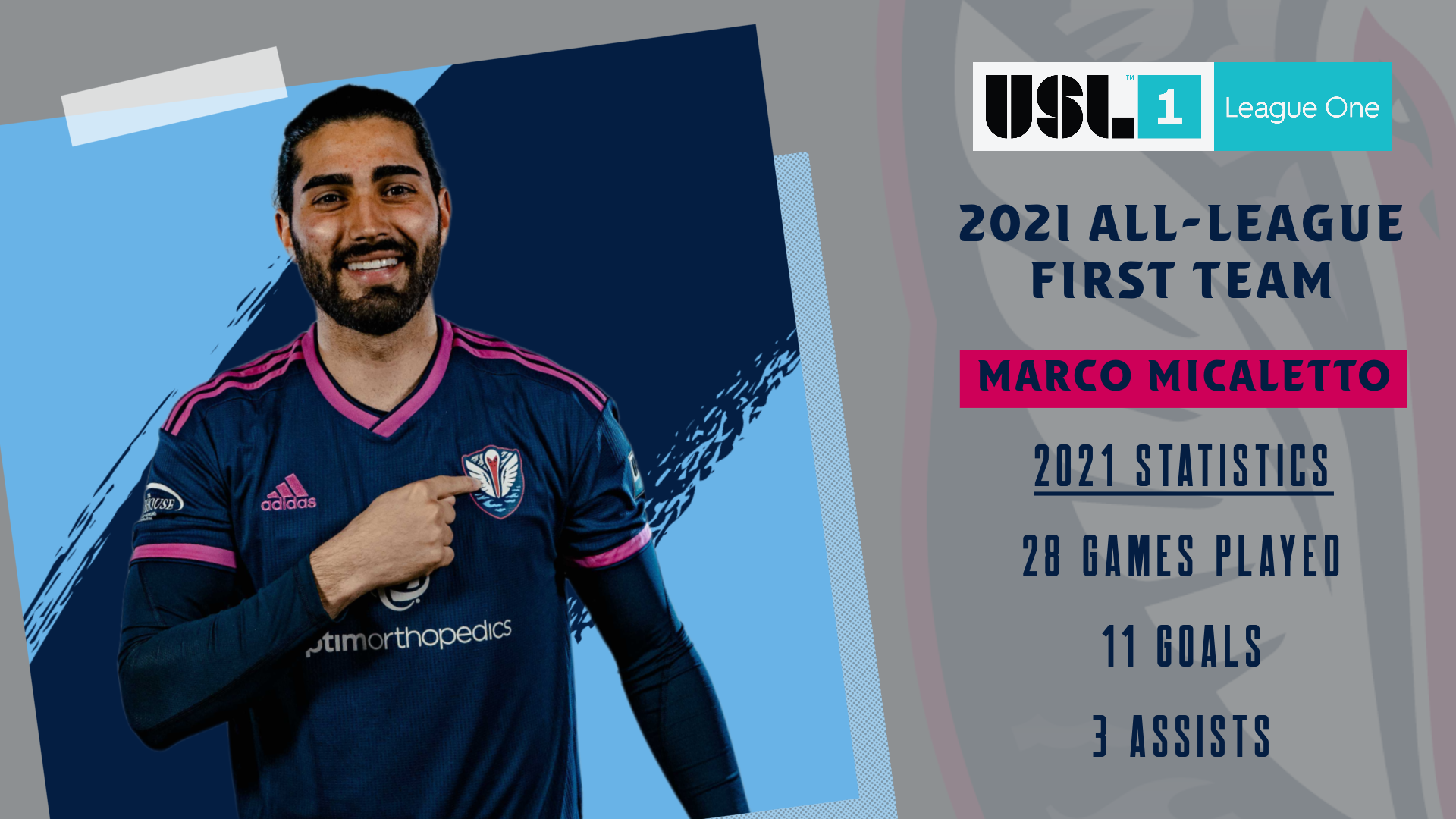 Micaletto recorded a team-high of 11 goals – tied for fourth in the league – and recorded three assists and 40 key passes, starting in every match while missing only 22 minutes of action all season.

Tormenta FC fans can now secure their seats at the new Tormenta Stadium opening in 2022. With an array of ticket options available like 2022 Season Memberships+ and Flex Plans, Tormenta FC has a ticket option for everyone.