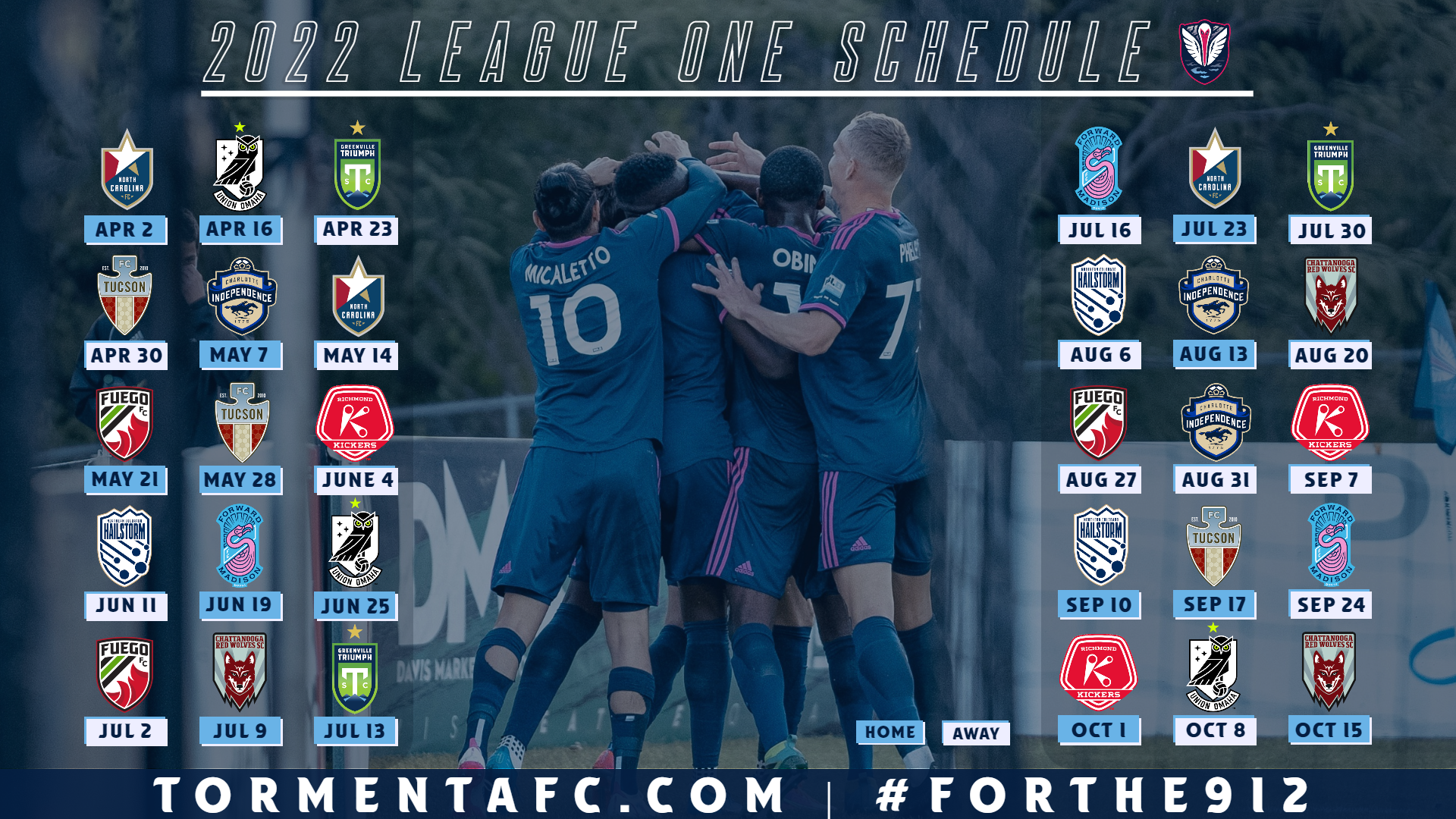 STATESBORO, Ga. – South Georgia Tormenta FC is excited to announce its full 2022 USL League One schedule as the club prepares for growth in its seventh season of play. The upcoming campaign features 15 home matches in a 30-game schedule, with League One’s top six regular-season finishers earning a spot in the League One Playoffs.

“We know Cat 5 and our community will come out in force to support our guys wherever they play, and within 2022, we also know we will transition into a new facility,” TFC Head Coach Ian Cameron said. “That move is an exciting one for our club, community, and for soccer in our region. In the meantime, we plan to put on a show anytime a team visits Statesboro, knowing we hope to capture a championship in the new facility come October.

“Our opening two fixtures see us pitted against opponents with very different game models. NCFC has a little bit of MLS modeling in their structure, adding academy talent into the mix with experienced pros, while Omaha is solely in the business of winning championships. With both games to be played at home, we aim to get wins on the board early and build a platform for our championship campaign.”

2022 will also see new faces with the Northern Colorado Hailstorm and Central Valley Fuego making their League One debuts. Tormenta FC will host the Fuego on Saturday, May 21, and meet the Hailstorm on Saturday, June 11, in Windsor, Colorado.

"The variety of opponents in this league remains key to the development of our players, making it a fertile landscape for our academy and college graduates to cut their teeth in proper professional matches and atmospheres,” TFC Head Coach Ian Cameron said.

The growing roster features a strong core of seven returners ready for a championship run, with the added power of new midfielder talent Gabriel Cabral, a Tormenta FC 2 alumni who earned a spot on the 2021 USL League Two Team of the Year.

With new player signings, kit reveals and more coming in the New Year, fans should download the Tormenta FC app or follow the club on social media to stay up to date.

The club looks forward to welcoming Tormenta Nation to its new 5,300-seat stadium set to open its doors in 2022. Supporters can now purchase season tickets in advance to guarantee their spot at every home match, available with 12-month payment plans. For families and new fans, the club also offers Flex Ticket packages which include ten General Admission or VIP tickets redeemable at any regular-season home match.

For additional information and scheduling interviews, call (478-508-2604) or email bodonnell@tormentafc.com.

Get Ready for 2022 with our flex tickets special!