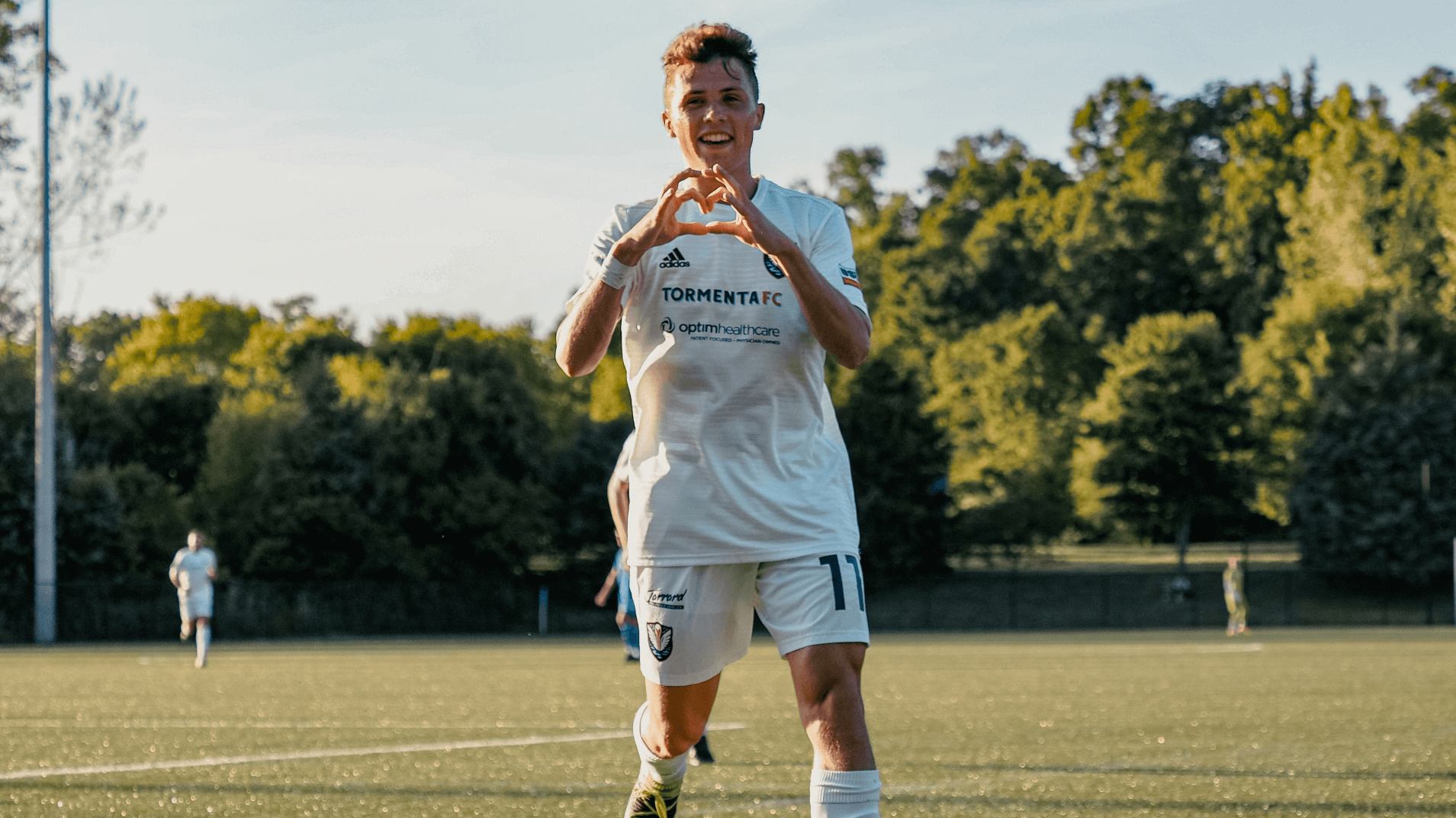 “With Alexis’s talent, professional potential, and outstanding character, he was one of the first players we focused on resigning for this coming season,” TFC 2 Head Coach Tom Morris said. “Since Alexis was with us in 2021, we are pleased to see he has continued his development with the University of Charleston under Coach Daniel Smee. Watching a lot of his games this year, it was no surprise that he earned All-American honors and helped lead the Golden Eagles to back-to-back National title games.

“Everyone at the club is excited to work with Alexis and his bubbly personality again this season. With continued hard work and focus, I’m confident we can help him achieve his goals of becoming a pro upon graduation.” 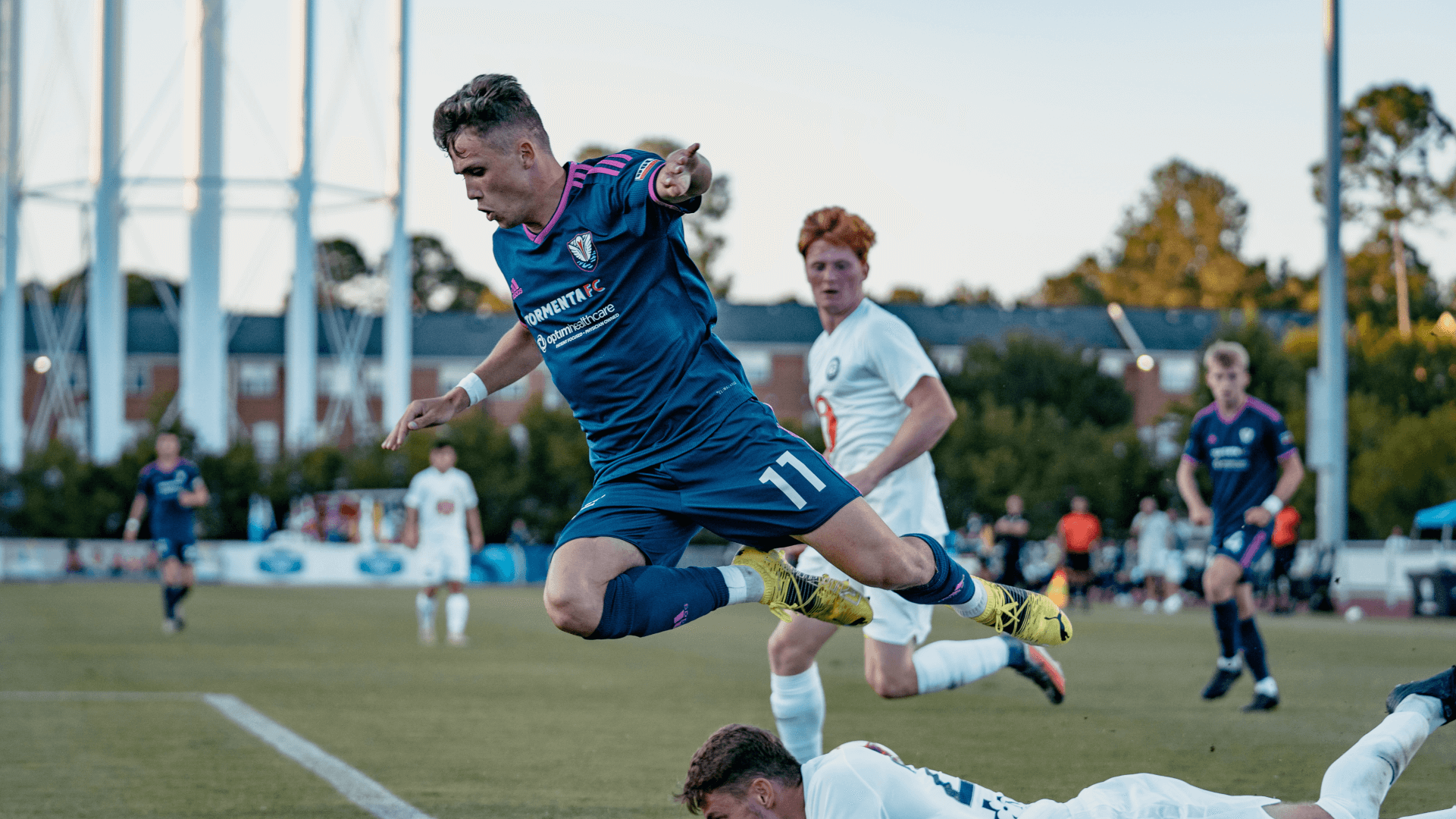 “I’m happy to announce my comeback to Tormenta this summer for the USL League Two season,” Ledoux said. “ I can’t wait to see all the fans again. Vamos Tormenta!”

When not playing for Tormenta FC 2, Ledoux develops his education and athletic career at the University of Charleston (West Virginia). There, he plays alongside former TFC 2 forward Gabriel Rodriguez and competed with midfielder Gabriel Cabral, who recently signed his first professional contract with Tormenta FC’s USL League One side.

During his sophomore season with the Golden Eagles, Ledoux recorded eight goals, five assists and 43 shots and started in all but two of his 24 games played. The winger helped his squad advance to the NCAA DII National Championship Final in Colorado Springs, Colorado, where UCWV fell in a close 1-0 match to California State University LA. Following his championship run, Ledoux earned a place on the D2CCA All-Atlantic Region First Team.

The club looks forward to opening its new 5,300-seat stadium in Statesboro this year, which will serve as home to the club’s USL League One, League Two and W League squads, as well as Georgia Southern University Men’s and Women’s NCAA Division I soccer teams.

Fans can now secure their seats at the new Tormenta Stadium with numerous ticket options available like 2022 Season Memberships+ and Flex Ticket Packages. For additional information and scheduling interviews, call (478-508-2604) or email bodonnell@tormentafc.com.

Secure Your Tickets For TFC 2 Action!

Tormenta FC 2 is the pre-professional soccer team of South Georgia Tormenta FC, a club based in Statesboro, Georgia, and founded in 2015. The team has established itself as one of the premier League Two teams across the United States and has helped nearly 50 players achieve their professional dreams. In 2018, TFC 2 finished its season as champion of the Deep South Division. In 2019, TFC 2 repeated as Deep South Division champion and won the League Two Southern Conference title, reaching the League Two Semifinals for the first time in club history. In 2021, Tormenta FC 2 finished the season with a 12-4-1 overall record (10-3-1 in the regular season), qualifying for the League Two Playoffs for a third straight season. TFC 2 seeks to play an exciting brand of soccer featuring elite local, national and international players.