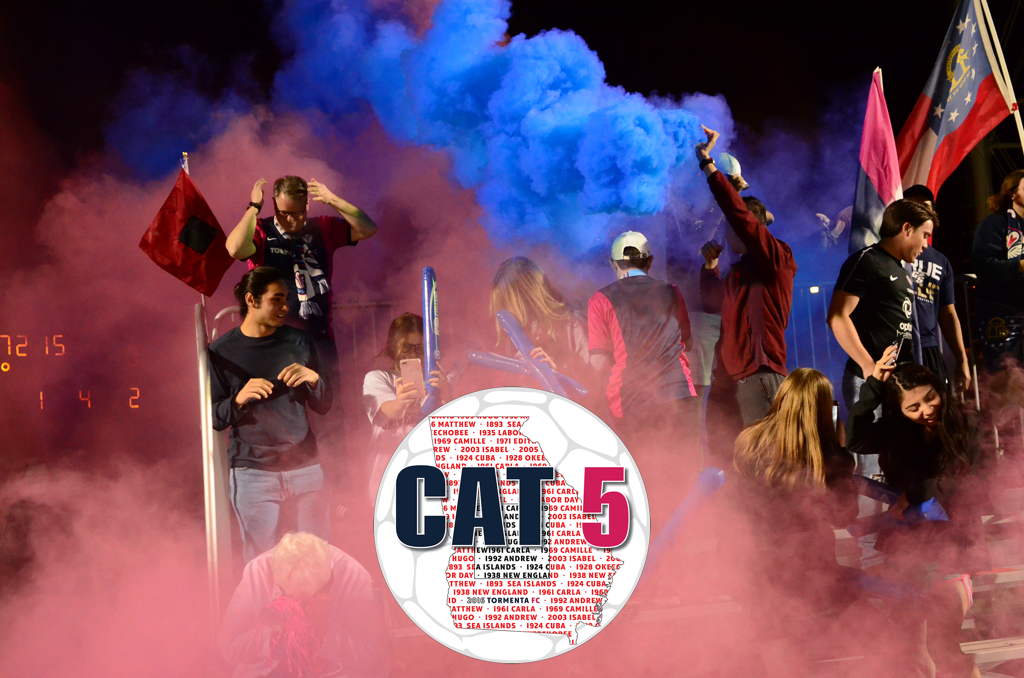 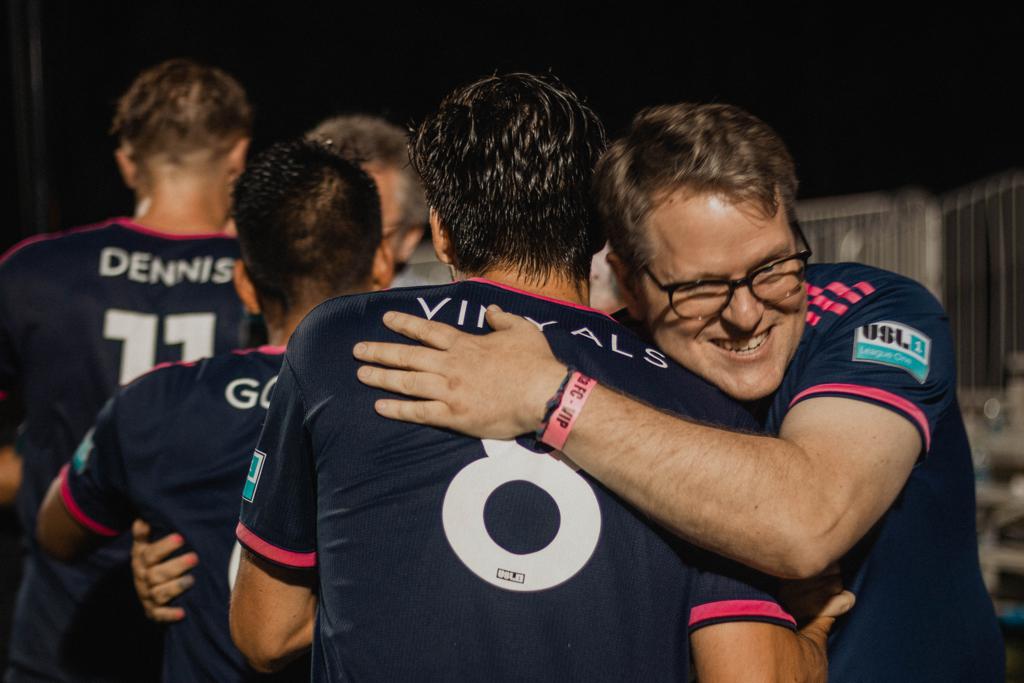 Cat 5 is the heartbeat and the driving force of both Tormenta FC and Tormenta FC 2. The supporters in this group are some of the most passionate, energetic fans Tormenta FC has.

Cat 5 is on its feet, waving flags, singing and banging on drums for all 90 minutes. Cat 5 does everything with energy and passion with the intent of motivating our boys in blue and magenta.

Why Join A Supporters Group?

Joining a Supporters' Group can really elevate one’s typical game-day, experience. The Supporters' Section is the heartbeat of the stadium, the driving force behind the TFC every day, and the soul of game day.

Tormenta FC is working hard to provide the Supporters' Groups the best benefits and game-day experience - from tailgating space to early stadium entry. We want members of the Supporters' Section to rock on game days.

If you are interested in joining Cat 5, please reach out to cat5.tfc@gmail.com.

South Georgia Tormenta FC is committed to creating a safe, comfortable, fun and entertaining soccer experience for all guests in and around Erk Russell Park. This Code of Conduct exists to ensure and maximize the enjoyment of Tormenta FC matches and all related events for everyone in attendance. It is the Club’s expectation that Supporter Groups will be courteous to their patrons, fans, players and referees.

Tormenta FC expects its Supporter’s Groups to abide by the following Code of Conduct guidelines. Supporter Groups have a right to expect an environment where:

The USL, Georgia Southern and Tormenta FC permit the use of smoke devices in Erk Russell Park, but the following rules must be followed to ensure safety, that there is no interference with the match. The right to use smoke devices is a privilege, one which the Charlotte Independence and the USL can take away from supporters at any time. Before any smoke devices are used all team employees, stadium employees, security, and fans must understand the following:
Approved Device:

All smoke devices must be a “cool burn” device, which burns at a safe temperature. It must have less than a two-minute release time and have a non-incendiary trigger. It must indicate a moderate level of smoke density and not a high-density smoke (military HD smoke). Sport Smoke and Enola Gay products currently meet these standards. The home team must purchase, store, and distribute all smoke devices. Supporters are not permitted to bring their own smoke devices into a venue.

Approved Timing and Method Use:

Devices can be deployed at the player walk-out, after a home goal, and at the end of match with a home win. Additional deployments must be approved by Tormenta FC and the League prior to the match. All use must follow the manufacturer’s safety and warning instructions. Devices can only be deployed in approved locations and cannot be deployed in general admission areas. Smoke devices cannot be held during the discharge of smoke. Teams must employ the use of a bucket, which the smoke device is deposited in once it is fired. The bucket should also have a lid to cover the bucket in case the smoke needs to stop.

Recommended safety gear should be employed when handling or around smoke devices. This gear may include gloves, masks, or eye equipment. All local and state regulations must be followed in the discharge of a device. The club/venue must meet with the fire marshal before any smoke device is allowed to be used to agree and document the conditions under which smoke devices can be used. Consideration should be given to weather, specifically wind and its direction, and humidity. The club and League reserve the right to discontinue the use of smoke device at any time, if it is deemed unsafe or is interfering with play.

Tormenta FC and the United Soccer League thank you for adhering to the provisions of this Spectator Code of Conduct. Tormenta FC retains the right to change or modify this policy at any time. 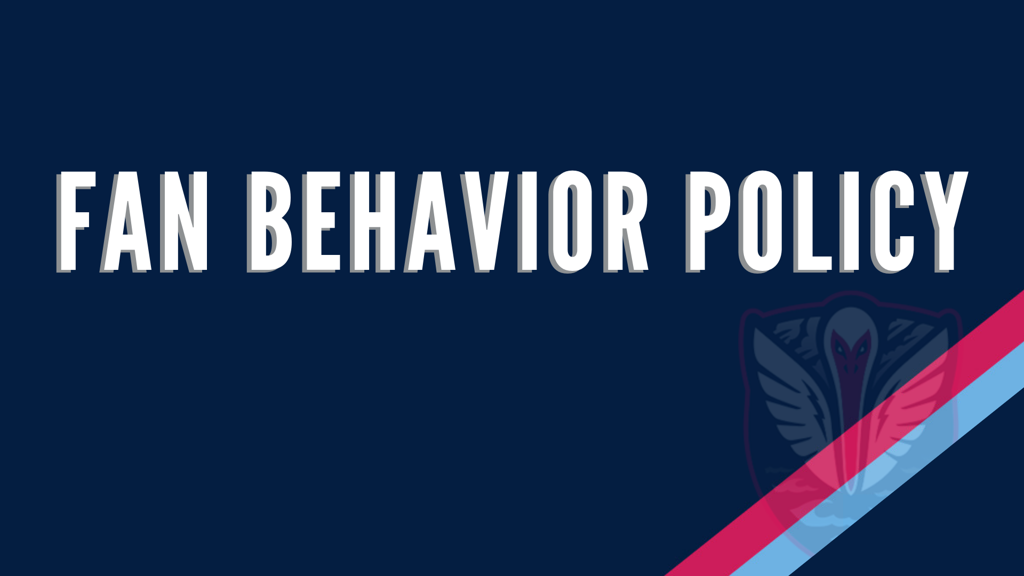 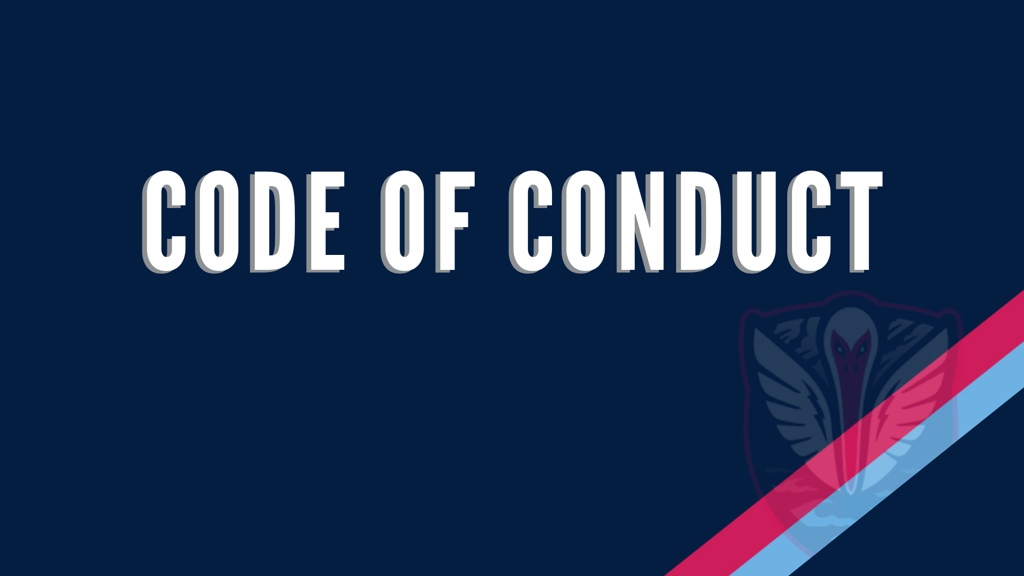